Summer promises sweat-filled days once again. This is also one of the periods when households see an uptick in their energy consumption. To keep cool, most families use their cooling systems and air-conditioning more often than in previous seasons.But this season doesn’t have to equate to higher energy bills.

Here are inexpensive ways to stay cool during summer.

Maximizing natural ventilation is free and efficient, so most households already know to use this technique to their advantage. Natural ventilation relies mainly on wind, so it works best in climates with regular breezes and cool nights. But even for drier climates, this method can still release trapped heat inside the house, preventing heat buildup.

Leaving your windows open will improve the air circulation inside the house, depending on their orientation according to the wind. You can also leave a door open to allow the air to circulate in the whole house and release trapped heat. When the temperature drops in the evening, you can turn off the AC and open the windows instead. In the morning, shut the windows and blinds to keep the cool air indoors for longer.

If you’re worried about bugs entering your home or the risk of burglary with open windows, high-quality window screens can keep those unwanted intruders out. They barricade your windows while still allowing air to flow into the house.

A factor that most people overlook when it comes to natural ventilation is their landscape design. Depending on the orientation of the house and the wind direction, hedges, fences, and rows of trees can act as windbreaks. These can either block, push air away or into nearby windows.

Most people underestimate ceiling fans because they don’t produce much air compared to speed fans or pedestal fans. But ceiling fans are great for enhancing air circulation and creating drafts in a room, making it feel colder than the actual temperature.

When the air-conditioning is on, a ceiling fan can circulate the cool air and make people feel colder. Ceiling fans function under the same principle why windy winter days feel colder than the temperature reading. They produce a wind chill, which is a result of air hitting the skin, lowering body heat and evaporating perspiration, thus sharpening the feeling of coldness.

The wind chill effect allows you to set the thermostat several degrees higher without causing discomfort. Generally, for every degree you can push the thermostat setting up, you reduce the “on” cycle duration of the AC compressor by 10 percent. This reduces your home’s energy consumption as well as carbon footprint. 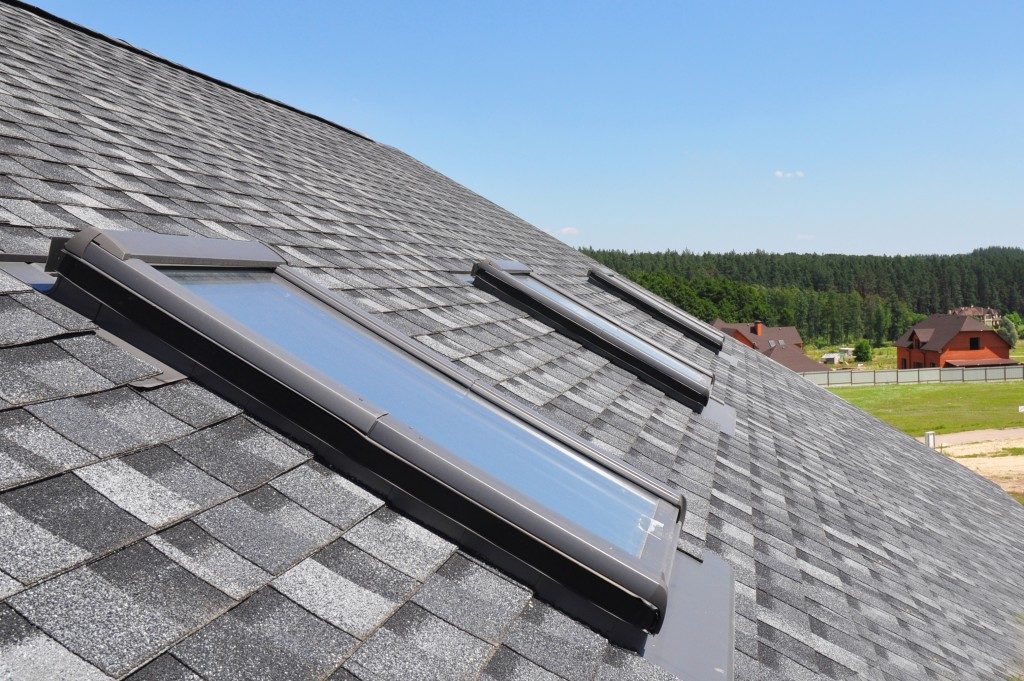 Hot air is lighter than cold air, so it tends to rise. This is called the chimney or stack effect. When an attic doesn’t have sufficient ventilation, the hot air is trapped, heating the attic floor and affecting the whole house.

You can use the chimney effect to cool your home. Arrange your vents so the heat can escape in a direct path. This means installing a ceiling vent on the floor below the attic, an attic vent, and maybe a roof event, to make sure that the hot air has a clear path as it leaves the house.

Although all three methods can make your house feel cooler during summer, it’s not ideal to do them all at once. Obviously, leaving the windows and doors open while the AC is running is a counterproductive and wasteful idea.

Try to observe which method is the most effective at certain parts of the day. Also, align your cooling techniques according to the weather in your location and your house orientation to the wind and sun movements. This will help you make smarter and more strategic moves as you try to keep your cool during summer.