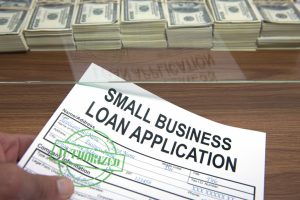 More women are becoming empowered and running their businesses. According to National Association of Women Business Owners (NAWBO), no less than 9 million companies in the United States were owned by women, and these firms earned $1.5 trillion in 2015. Females also control at least 51 percent of 31 percent privately held companies.

Despite these, women are still on the losing end as far as gaining access to business loans is concerned.

Business Loans for Women: Hard to Get?

Dun & Bradstreet Corporation and Graziadio School of Business and Management of Pepperdine University surveyed owners of businesses with no more than $100 million in yearly revenue.

The results suggested difficulties among women in securing financing. Less than 40 percent of women were able to obtain a business loan over the past three months compared to half of all the surveyed owners. Fewer women were also positive they could increase their debt financing in the next six months or that they would boost their business growth even if they wouldn’t have access to credit.

The question is why.

In 2013 Forbes analyst Geri Stengel cited the women’s preferred industry, which is retail, for making them less attractive to lenders such as banks. Retail tends to have a lower profit margin but very high operating expenses. Other experts believe women are still subjected to gender bias – that is, males are still likely to be more trustworthy when it comes to money.

The challenges in obtaining a loan are forcing women to try other methods of raising capital. These include borrowing from friends and bootstrapping. But women can also consider another viable option called AR financing. In this approach, women can surrender their A/R to a lending company in exchange for fast cash. Transactions are often convenient, and it passes the role of collection to the lender.

Women may be gaining prominence in the world of business, but the industry itself still needs to be more open. In this case, it has to provide more financing choices that can help their enterprises to grow and compete. In the meantime, options like accounts receivable financing are ideal for their efficiency and speed.