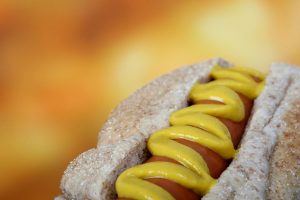 It’s not surprising that people who want to enter the food industry dream of having their own food stall or restaurant. This is not the easiest thing to do, however, as running a food establishment takes a lot of hard work and capital. For those who like the good times that come with watching a ball game, however, a hot dog franchise could be the key to success. It’s a good start, and having your own stall at the fairgrounds or any other place you desire could be a reality.

Where You Can Get Started

Hot dogs are mainstays at baseball, football, and basketball games. One reason is that they’re are easy to prepare and eat, are handy, and are just plain tasty. You can eat a hot dog on a bun or on a stick, and you can even wrap it with bacon. You can also add ketchup and mustard for an added taste. There’s no major difference between a bun and a stick, except that one is more handy than the other.

The Hot Dog Craze in America

The first hot dogs at a baseball game were at New York’s Polo Grounds. Concessionaires were selling frankfurters and calling them “red hot dachshund sausages.” These were later shortened to “hot dogs” and the name has stuck since then. Although hot dogs are associated with games, these all-around favorites are also popular during Memorial Day and Labor Day events and parades.

Statistics report that there are more hot dogs eaten on the 4th of July than in any other day of the year. Estimates from the National Hot Dog and Sausage Council (NHDSC) show that about 150 million hot dogs are expected to be consumed on the 4th of July alone. This doesn’t include the hot dogs that Americans ate over the summer season.

Hot dogs are a favorite at sports arenas, stadiums, fairs, carnivals, and places where important national holidays are held. For those who would want to have a great time with their investments, a hot dog on a stick franchise is worth considering.