Everybody loves beer, and it takes a lot of time and energy to make these brewed drinks. There is a special ingredient used to have that distinct taste in beers, and that is with hops.

Hops are the plants that produce the hop flowers used in brewing beer as a flavoring component. The flowers are also known as seed cones or strobiles, which are harvested in large amounts for use in breweries. The hop plants are climbing plants that are commonly grown in hop fields or hop gardens by growers. Hops come in different varieties that impart different flavors and characteristics in brewing. The German hop Mandarina Bavaria, for example, has a citrusy Mandarin flavor and aroma.

The hops are added at specific times in processes during brewing to impart the flavor adequately. Most of the time, the dry hops are mixed into the mash — a mixture made up of grains such as barley, which is steeped in hot water to activate the malt enzymes and eventually converts the grain starches into fermentable sugars. Beer making or brewing is a scientific process that involves various observations of temperature and fermentation of mash. 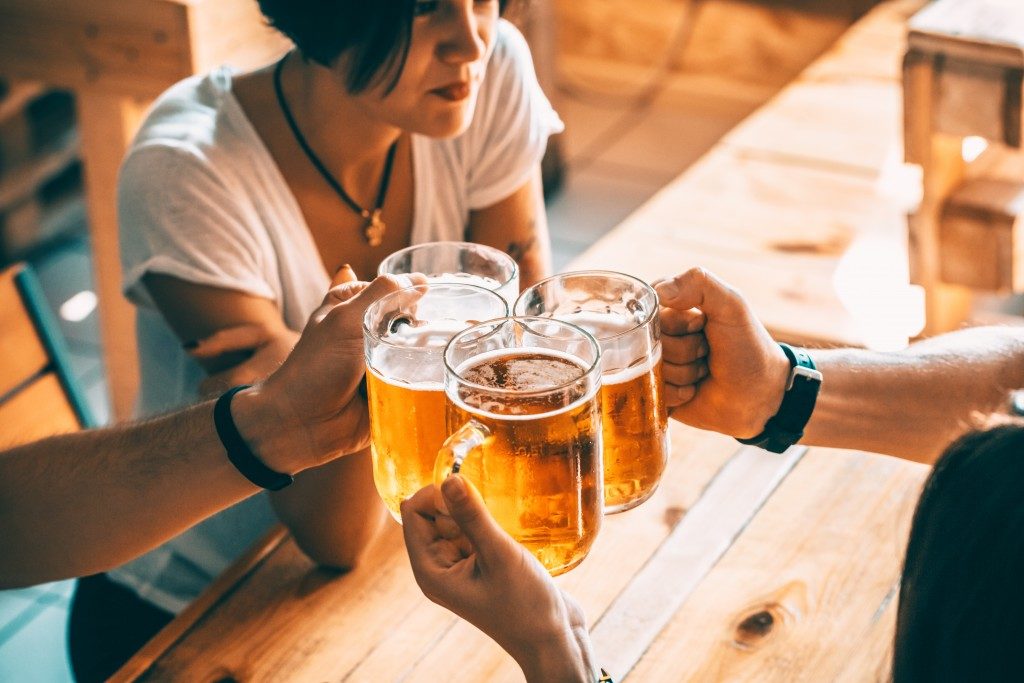 Aside from brewing beer, hops have different applications and use. It can also be used to make medicines, as there are many benefits from it. Hops have antibacterial properties that keep the beer from spoiling. It is also being developed to help reduce swelling and prevent infections in the health industry. A hop’s antibacterial properties are also being studied to be used in creating natural deodorants.

Hops are also commonly used to treat anxiety and sleep disorders. People experiencing insomnia can take hops orally to induce sleep. Some people even try to have more natural ways of using hops for sleep by making pouches filled with dried hop flowers, which is placed inside pillows. The dried hops are crushed once a person uses the pillow, then it releases natural oils that help a person get to sleep.

Hops were not used initially to make alcoholic beverages. Ancient civilizations have developed their brewing techniques for creating wines and lager without hops. However, it was only during 822 A.D. in France that the first ever recorded use for hops was known, and 300 years after that, Germany followed suit. People used spices and herbs to flavor their beer before they used hops.

There are a variety of hops that produce different levels of bitterness and flavors. These came from different parts of the globe such as Asia, North America, and Europe that produces different notes in aroma and flavor. Noble hops, for instance, are popular with homebrewers since it originated from Europe. It produces a low bitterness and intense aroma, which many people like.

Hops are popular with homebrewers nowadays since more people have become educated and interested in the processes of brewing and fermentation. There are many options that brewers may choose to create a desired taste and aroma in beers, but all in all, you need to think of something unique to sell well.