A mascot is crucial to branding. The person, animal or object represents a company, making it more understandable, recognizable and relatable. The right mascot not only represents a business and what it stands for, but it also has the power to raise brand awareness and sales. And many of the most effective mascots, like Poppin’ Fresh from Pillsbury or Rich Uncle Pennybags from Monopoly, are remembered through every decade.

One such mascot is the famous Keebler elf.

Who is the Keebler Elf? 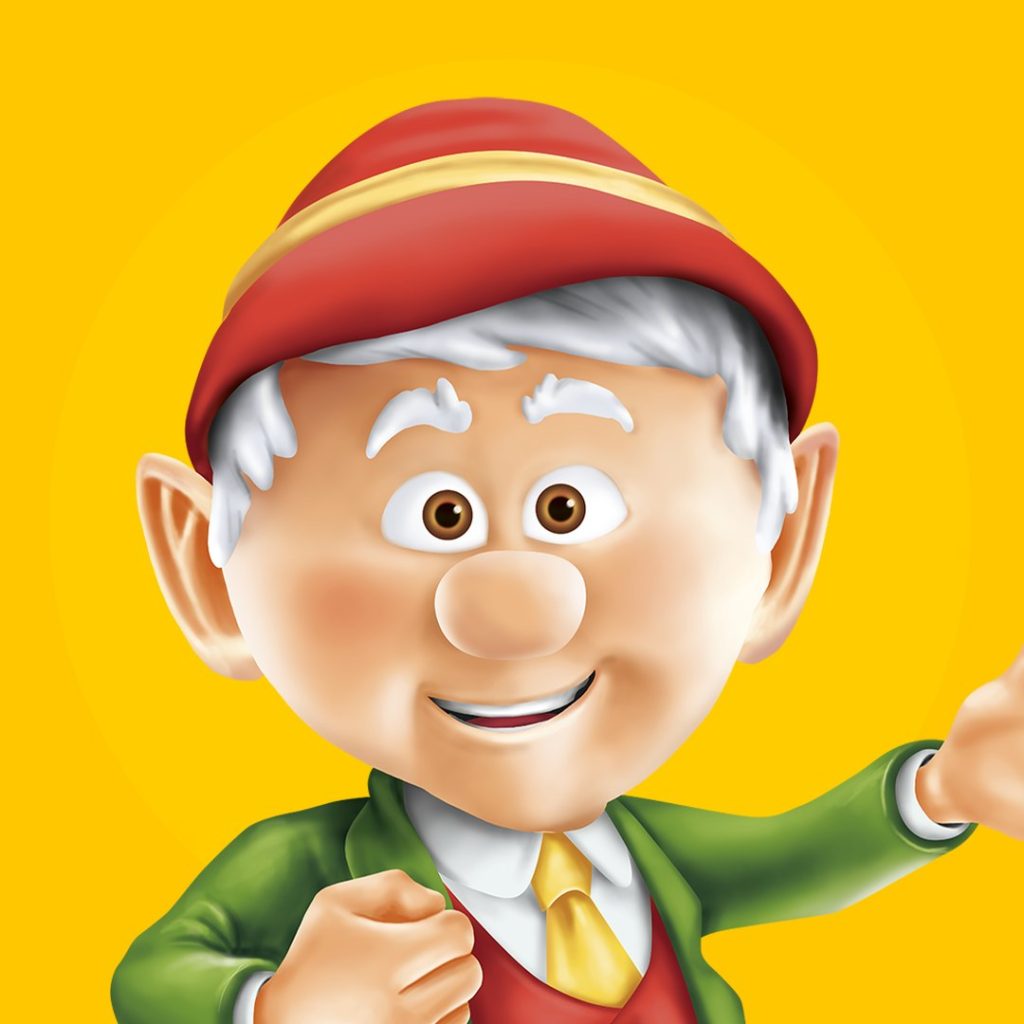 Its many products are represented by the not just one Keebler elf, but a few others. What’s the famous elf’s name on Keebler products?

His name is Ernie. Although Ernie is the only Keebler elf that appears on most packaging, several other elves complete the magical world of the baked goods company.

The other Keebler elves are:

Other elves include Florence and Sam.

The Keebler company worked with Leo Burnett on this campaign, with the ad agency coming up with the elves and their Hollow Tree Factory as the bakery in 1964. In the beginning, J.J. Keebler was the head elf in 1969 and Ernie, the elf consumers now know, became the head elf in 1970.

Kellogg’s used to own Keebler. But in 2019, it sold the baked goods brand to the Ferrero Group for $1.3 billion. The brand changed owners alongside other Kellogg’s brands, like Famous Amos, Mother’s and Murray cookies and, supplier of Girl Scouts cookies, Little Brownie Bakers.

When another company buys another brand, it inevitably implements several changes.

What Happened to the Keebler Elf? 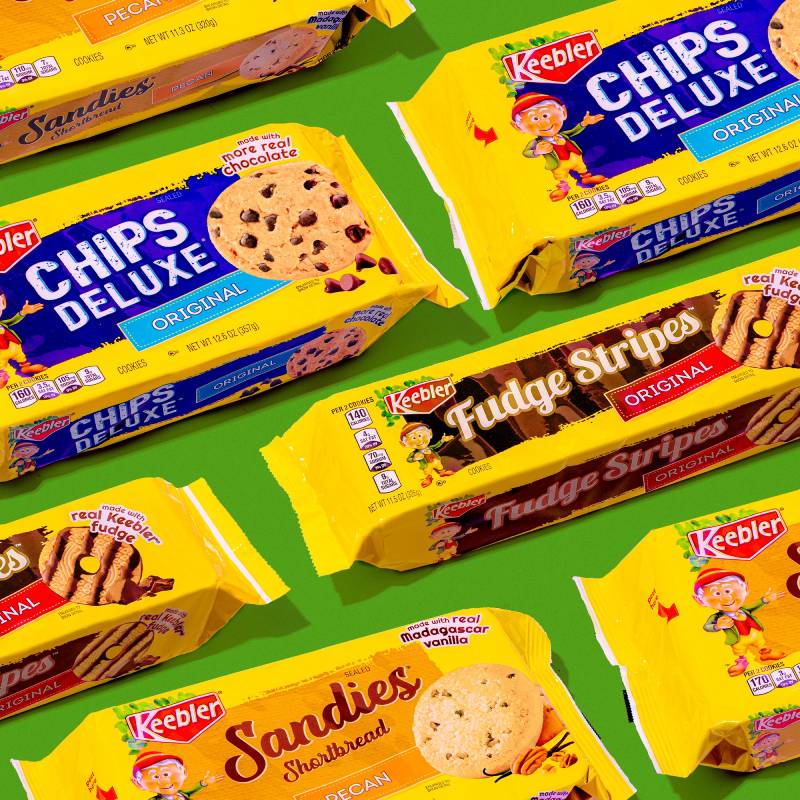 New owners, new ways. The selling of Keebler to Ferrero was certainly no exception. Once the brand changed ownership, it went through an update of sorts. It started with the Keebler cookies, which now have better ingredients.

For example, the Keebler Fudge Stripes is made with real fudge and the Sandies cookies now has Madagascar vanilla.

Aside from improving the ingredients and the quality of the Keebler cookies, Ferrero also brought the products’ packaging to contemporary times. It now features modern and unifying designs in a package that allows the cookie-loving consumer to snack on-the-go.

A change in the packaging always makes sense, and for the Keebler products, it was necessary to make them appealing to new, younger consumers.

The packaging of any product must be designed to work on a grocery shelf. It must call attention to consumers because it will be displayed with other brands. Competition means the product packaging must not only be attractive but also make sense to buyers. This is why some products may be packaged boxes and others in bags or, particularly for food products, in plastic containers.

Since cookies are not generally a necessity for some people, their purchase tends to be an impulse. The packaging must stand out enough to entice customers. Once the shopper touches the packaging, it must meet their requirements for convenience and ease.

And Ferrero recognized how people who snack on cookies may want to have their baked goodies wherever they go. Hence, the now easier packaging of the Keebler cookie products.

The modern cookie-eating consumer has plenty of options when it comes to their go-to baked goods. Not only that, consumers are becoming makers these days. What with the soaring popularity of the cooking and baking shows as well as the rise of the home cook turned rockstar chef.

So brands like the Keebler company are not just competing with other businesses; they’re also competing with the shifting concerns of the consumer. Why would they buy a box cookies when they can make a batch at home? A batch that is customized to their baked goods needs: natural ingredients, gluten-free, or vegan.

Today’s consumers want food tailored to their nutrition preferences, and many in the food industry are responding.

Ferrero has not only responded to this shifting preferences, by adding “made with real ingredients” or “made with real fudge” on the packaging, they’ve also changed how they marketed the Keebler cookies.

In the ’70s, ’80s and ’90s, the Keebler company naturally advertised on TV. People still watched most of their entertainment and got their information from TV. But these days, a majority of consumers across  the globe are entertained and informed on the internet. Many are on social media.

So Ernie the Keebler elf and some of his friends and family (like Leonardo) are on Facebook, Twitter and Instagram. Unfortunately, the brand’s foray into social media marketing didn’t go off well. In 2018, a barrage of tweets pointed out the weird and oddly racy tweets of the Keebler elf.

Some people who received the promoted tweets had to block @KeeblerElves because of the suggestive tweets. Others questioned the authenticity of the ad content; @KeeblerUS tweeted that its fudge was stirred for 24 hours with a video of Ernie the main Keebler elf stirring a pot of rich fudge.

No major backlash has happened since then. Some of the tweets may have also been deleted.

Today, the Keebler cookies with their merry elves continue to grace the shelves. The endurance of the food product shows that with the right updates and online presence, an oldie but a goodie can thrive in a modern market.