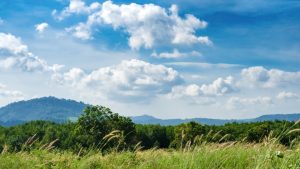 New Zealand’s target of becoming carbon neutral by 2050 greatly relies on implementing reforms to the agricultural sector, according to the country’s climate change minister.

Green Party Leader James Shaw said that in 2015, the farming industry accounted for almost 50 per cent of total greenhouse gas emissions. An Agricultural Greenhouse Gas Research Centre study showed that it rose significantly from a 19 per cent share in 2010.

New Zealand may be a developed country in terms of farming, yet its emissions of greenhouse gases fall under the scale of a developing nation, according to Shaw. Whilst the industry has made strides in other aspects, such as the jobs of well drillers on water irrigation, there is a clear need to reduce carbon emissions to meet the 2050 target.

If the country becomes successful, it would align itself with Norway and Sweden, which aim for net zero emissions by 2030 and 2045, respectively. The European countries intend to accomplish this through planting trees and buying international carbon credits.

Agribusiness consultant Alison Dewes urged the farming sector to be proactive in pursuing sustainable initiatives. For instance, dairy farmers may start by controlling the nitrogen cycle and some businesses have been able to reduce it by an estimated 30 per cent, Dewes said.

Other than nitrous oxide, greenhouse emissions from irrigated farming consist of methane and carbon dioxide. The latter two are quite difficult to manage, yet the benefits of doing so will be a “win-win” for the environment and water quality. However, Dewes admitted that the government should launch more information campaigns that provide sustainable advice to avoid confusion among farmers.

The New Zealand government and agriculture industry should work together to address certain issues on greenhouse gas emissions. This cooperation will be necessary if the country is determined to meet the 2050 target.